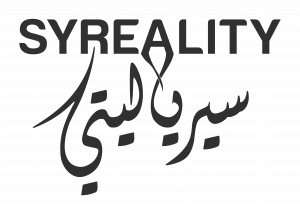 SYREALITY (Syrian Imaginations of Europe meet Reality) is a research project funded by the Austrian Science Fund (FWF) studying how life plans change in the face of war and how and why they influence refugees’ migration movements. It runs from 2022 to 2026.

The questions of how life plans change in the face of war and how and why they influence refugees’ migration movements are not fully understood. On the one hand, war and displacement deeply interrupt and alter people’s previous life plans. On the other hand, forced migrants develop coping strategies to deal with changing life realities and experienced trauma, including positive cognition focusing on hope and aspirations for the future.

Taking on a longitudinal perspective, the project SYREALITY (Syrian Imaginations of Europe meet Reality) focuses on Syrians who have settled in four cities across European countries since the outbreak of the conflict in Syria in 2011. By bringing together literature from psychology, sociology, migration and refugee studies, it investigates the following research questions:

SYREALITY builds on the Marie Curie project SYRMAGINE (Syrian Imaginations of Europe, 2017-2019) which studied Syrian refugees’ living conditions, migration aspirations and future imaginations in Lebanon and Turkey. The data which were collected in the frame of this project serve as a baseline to analyse how imaginations about life in Europe from the ‘outside’ meet realities inside Europe.

From an academic perspective, SYREALITY contributes to theoretical literature on forced migrants’ migration decision-making processes, drivers of (im)mobility, and the role of life aspirations and social class in forced migration. With Syrian refugees still constituting the largest group of within the estimated global number of forced migrants in 2022 (UNHCR 2022), Syrian displacement is key to understand forced migrants’ complex migration trajectories in a protracted refugee situation. The UNHCR estimates that approximately 6.9 million Syrians have been internally displaced and 5.7 million fled across international borders to neighbouring Turkey, Lebanon, Jordan, and Iraq (UNHCR  2021). Approximately one million sought refuge in Europe (UNHCR 2019).